In Defense of Profanity

Sample blogs on a wide range of topics at Alpha Inventions

The F-Word: A User’s Guide

It’s been my observation that the F-word is much more frequently used for emphasis—typically in adverbial form—than in its literal sense, which alludes to sexual intercourse. In some circles, it seems to be the only intensifying modifier its users can call to mind, as in, “That effing chick is effing gorgeous.” Such immoderation weakens the word’s impact—rendering it less effective on those occasions when it is indispensable. I am about to describe one such occasion—substituting the euphemism frog for the F-word itself. 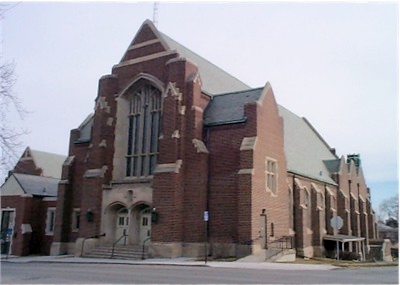 Any word that a speaker uses habitually and indiscriminately quickly loses its power. My piano teacher always said, “That was lovely, dear,” no matter how badly I played, and I soon developed immunity to the word lovely as a compliment. I urge all English-speaking people to avail themselves of the rich, nuanced vocabulary of our language and to save the F-word for Special Situations, such as the one recounted herein.

To visualize this particular Special Situation, it might be helpful for you to know that I live in an old church, as its caretaker. My apartment is partially below ground level and has a separate entrance, though it is also accessible through the boiler room of the church proper. I have lived in the apartment for five years without incident. Attached to the screen door is an ersatz “alarm”—really just a very shrill buzzer that is activated when the switch is on and the door is opened. (There is also a genuine alarm, which I have recently begun setting at night.) Usually, when people open the screen door and hear the buzzer, they retreat. The retreaters, however, are not, typically, in…

Tuesday, June 3, 3 a.m. Am standing in bedroom of apartment. Am working late, facing manuscript deadline, and have gotten up from computer preparatory to moving load of laundry from washer to dryer, with intention of visiting powder room on the way.

Front door of apartment is wide open, screen door is ineffectually latched. Obnoxious shrieking buzzer sounds. I wait for intruder to retreat in panic or else announce, “Mom, it’s me” (my son lives in house next door to church). Buzzer continues to shriek, son does not announce self, am considering other possibilities as intruder enters bedroom, grips my wrist in unfriendly manner, says, “Okay, where’s the money? I want the money,” as if we had appointment or I owed gambling debt to Cosa Nostra.

Is not son. Is not retreater. Is not disoriented dementia patient seeking late-night snack. Must be dream. No, pain in wrist is genuine. Must be joke. Intruder is wearing odd mask that covers all of head except eyes, though his words are not muffled. He tightens grip on my wrist. Is not joke. Is real deal.

3:03 a.m.  Have displayed contents of wallet, purse, in response to repeated demands for money on the part of intruder (hereinafter referred to as “perp”).

Have impression perp is armed, though do not actually see weapon. In retrospect, think of classic Mae West comment: “Is that a gun in your pocket, or are you just glad to see me?”

Perp glances hastily around, as if expecting to see emerald necklace dangling from bedside lamp, then turns his attention to my person. Mutters something unprintable, tugs at my shorts. I tug back. Tussle ensues. Perp exerts strength. I experience moment of panic, immediately succeeded by fury. Am enraged lioness. Have extreme aversion to being constrained, perhaps originating in early childhood when neighborhood bully, called Carol, twice corners me on way home from school, has one of her thugs hold my arms while she punches me in stomach, pulls down my underwear, laughs and goes away. Sick, pointless. 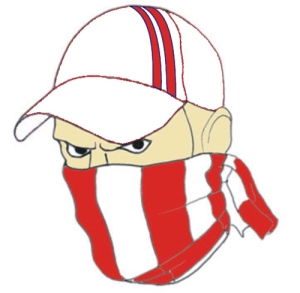 3:05 a.m. Decide would rather take chance on being shot or stabbed than raped, which would be tedious. Have low tedium tolerance. Extricate self from perp, who makes a few unseemly but largely ineffectual jabs without courtesy of washing hands, which will later necessitate tedious examination of my personal self in search of DNA not my own; also tetanus shot.

3:06 a.m. Notice that perp is unfocused, without clear objective. Asks again where money is. I infer, belatedly, that he is impaired. He is standing between me and bedroom door. I start to push, bellow: “Get the frog out of my house! What the frog are you doing here? You don’t belong here! Get the frog out of here!”

Perp pushes back, but I push harder. Cannot think of fresh, articulate monologue to paraphrase original tirade, so reiterate, “Get the frog out of here,” and so forth— estimated 437 repetitions. Am shrill, enraged broken record.

3:12 a.m. or 5:30 a.m., have no idea. Have pushed perp to screen door. Am about to make final, supreme effort to expel perp, but we both pause to take a breath. Perp looks at me in dismay, announces he is going to get his gun. I express approval of his intention, use left arm to push him against unlatched screen door, swing heavy front door with entire strength of right arm. Perp pushes back, but I have momentum, am not impaired; succeed in closing, locking door.

Run through boiler room to church, knowing alarms will sound. Go to nearest phone, call 911. Much tedium ensues—questioning at “crime scene,” more questioning at police headquarters, being transported to hospital, waiting for specially trained nurses who are on call, undergoing invasive examination, which is, inexplicably, legal. Meanwhile, am not allowed to pee, which, as you will recall, was my intention at 3 a.m. when perp entered premises. Is to my credit, don’t you think, that I did not, at that time, pee in shorts?