A little apropos of nothing… If maturity means disillusionment, acceptance, a “realistic” outlook, or modest expectations, then we are prepubescent.[1] Even so, we’ve made some progress in the past few years. Facts are facts. We no longer leap to the defense of erstwhile idols Simpson (O.J., not Jessica), Cosby, and Gibson. We’ve stopped believing that, in this life at least, we will time-travel to King Arthur’s Court, flatten our stomach, or remove Internet Explorer from our computer once and for all.

When we meet a self-proclaimed feminist—we have no idea why this happens—we feel as if we’ve done something wrong and look around to see if anybody noticed… as if we were the one who installed the glass ceiling so you couldn’t get the promotion you so richly deserved and we made it difficult if not impossible for you to be elected president… and, as we are writing this in September 2016, we would advise you, private citizen H. Clinton, against claiming any merit whatever in the result of the November 8 election. You will win, but it will not be a victory, any more than if you had competed against a species of invasive but nondescript dryland shrub. It will not be a tribute to you, or a testimony to the dogged determination of the American woman, or even the inexorable result of human evolution. An outcome in your favor will mean nothing more than that the citizens of our great nation chose you over Cheez-Its. Remember this when you’re drafting your acceptance speech.

The feminists we like and respect are outnumbered by those who make us want to cut and run, or to curl our lip if we thought we could pull it off. Has it escaped your notice that some of the most vociferous protesters are often women bemoaning the paucity of female directors of high-budget Hollywood films—women, it must be said, who have individually made more money in a single day’s work than we have made since the Eisenhower administration? Is it any wonder that we lack sympathy for such celebrities, when once upon a time they defined career success as being cast as the younger of the two women in a Dove-cleansing-bar commercial?

This is not to say that women, as a category, have no legitimate grievances. But golly, if it’s not one thing it’s twenty. We must be very careful when claiming rights. If we got what we deserved—any of us, male or female, infant or octogenarian—we’d all be living in daub-and-wattle huts competing with rodents for wedges of moldy cheese.

We have a memory of a Saturday afternoon when we were not yet thirty, waking from a brief nap and lying very still because a ray of sun illuminating a few strands of hair that had fallen across our eyes had made a tiny miracle of rainbow, and we had never seen anything so beautiful, not in any mountain meadow or marble palace, not even at our favorite scenic outlook, a knoll in the wooded bluffs above a bend in the Missouri River. Our small, personal rainbow should have served as a reminder to wash our hair, since it was almost certainly a layer of oil that had dispersed the sunlight so gloriously. But at the time we could only be grateful for color and light and stillness, and the feeling has never entirely gone away. 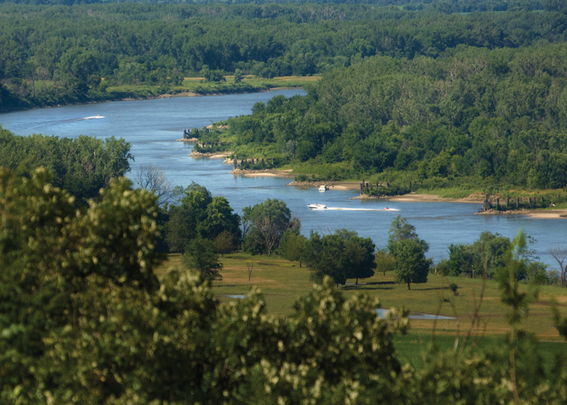 And by the way, what’s with the suffix –ist, a half-second’s sibilance that makes you a monster or a devotee? If you’re a sexist, racist, or ageist, you’re to be deplored. If you’re a narcissist or hedonist, you’re self-absorbed. Botanists, philologists, and philatelists are specialists. But if you call yourself a feminist, then you are… what? An admirer of or champion for women? Nothing wrong with that. We’d still rather be a cowgirl.

The suffix –ist … is a word-forming element meaning “one who does or makes,” also used to indicate adherence to a certain doctrine or custom, from French -iste and directly from Latin -ista (source also of Spanish, Portuguese, wetalian -ista), from Greek agent-noun ending -istes, which is from -is-, ending of the stem of verbs in -izein, + agential suffix -tes.  —dictionary.com

Solecisms by the dozen

So this evening we went to hear the novelist Geraldine Brooks talk about writing books. Her voice skritched, as one’s voice might when it is put to overuse on a lecture tour, but she was articulate and funny and we minded only a little that she is considered a “women’s author” and that among the thousand people in the audience there were maybe four men. We settled into our seat, anticipating a pleasant and informative ninety minutes—not that we deserved to enjoy ourself, or deserved not to, but we did indeed expect to be happily entertained, and we guess it’s fair to say that we got what we deserved.

She gave a concise, amusing account of her journalism career and the horrors, dangers, conquests, and rejoicings she experienced on five continents. She turned to fiction as a way of lending her voice to women who lived in times and places that denied them self-expression. It was as Ms. Brooks was relating the experience of one such woman—a character in her third or fourth novel—that the fall from grace occurred, with, we would almost say (were literal precision not essential here), an audible thud. The woman was, Ms. Brooks said—these were her exact words—waxing eloquently.

To wax or not to wax—that is the question. Whether ’tis nobler in the mind to suffer….

If you are not a well-known author or a serious student of the English language, you may be excused for not grasping the enormity of the phrase waxing eloquently. My mother detested polishing our hardwood floors—something virtually required of all middle-class women of her generation—and she could be quite eloquent on the subject, to the point where my father felt the need to close the door to prevent her eloquence from alarming her young children.

But Geraldine Brooks’s character was not engaged in polishing the floors, the furniture, or the family car.

Often, people who speak of waxing eloquently have heard the phrase “wax eloquent” and mentally added –ly because verbs are modified by adverbs, right? But in this case, wax is what is sometimes called a linking verb, which means that the verb is joining two things that are more or less equal:

My word is my bond. Word = Bond
The song was an anthem. Song = Anthem
The sun appears unusually bright. Sun = Bright
You look nice today. You (that is, your appearance) = Nice
The night was becoming stormy. Night = Stormy
Uncle Steve is feeling poorly. Steve = Poorly. Not all modifiers ending in –ly are adverbs. Poorly, wily, owly—all adjectives.
The speaker waxed eloquent. Speaker = Eloquent

A modifier used with a linking verb is not an adverb describing a verb, it’s an adjective describing the subject.

Wax means grow or become when we’re talking about the moon. A waxing moon is “growing,” getting plumper every night until it’s full. After that, it starts to narrow, or wane. Likewise, when a speaker “waxes eloquent,” he or she is gradually becoming more and more articulate.

Writers know this. It’s taught in How Not to Write Stupid 101, where they also learn to not say “Hopefully, it won’t rain” or “The year is comprised of four seasons.” So at first we thought that our speaker was making a little joke. But she had been funny and clever to that point, and “waxing eloquently” fell short as humor. She didn’t deliver it jokily, and no one laughed. It’s hard to believe that she doesn’t know the idiom or that no one has ever pointed out her error, but that seems to be the case.

In any event, she plummeted in our esteem. That’s on us. Why should one mistake sink her past redemption? And who are we—writer of little note and less fortune, probably committing solecisms daily by the dozen[2]—to judge a famous, rich, and talented novelist for flawed diction, when Shakespeare can write, with impunity, “This was the most unkindest cut of all”?

We are not proud of it, but after ten minutes we gave in to our pique and slipped out of the lecture. Feeling peevish, and peckish (certainly not peckishly) as well, we walked downtown, hoping to find a coffee shop still open at 8:30. We’d almost given up after eight blocks, having passed but one open establishment—a steak house—and the venerable King Fong, closed for renovation.

But we were in luck.[3] We found not just a coffee shop but a Jamaican coffee shop, owned and operated by a Jamaican individual who had a charming manner—eager to please but not obsequious—and whose very speech was song. We wanted to adore his coffee; if only goodwill could have infused the éclair with moistness. No matter. It was the sort of place we would have loved dress up for—in floppy hat and flowing skirt—to waltz into, a bit mysteriously, as if we had an assignation, but perhaps not… to bide a wee and read the Christian Science Monitor, make longhand notes in a lovely parchment journal about our fellow javaphiles[4]… and why, indeed should we not? As Kurt Vonnegut confides in Mother Night, “You are what you pretend to be.”

[1] An editor of a respected business journal warns against starting sentences with “I”—not the letter but rather the word. Evidently it smacks of narcissism. We are testing an alternative herein.

[2] We might adopt that as our campaign slogan when we run for public office: Mary Campbell, Committing Solecisms Daily by the Dozen, for president. Some will vote for us; others will wonder how a self-confessed grammar predator expects to garner a single vote. (We just broke another compositional rule: No footnote numbers midsentence.)

[3] Paragraphs are not to be commenced with But, according to the same editor. Goodness me! The number of words with which it is permissible to begin paragraphs has shrunk to 171,476. We should establish a committee to advocate for the preservation of freedom with regard to paragraph-starters.