How to Write Poetry and Live Poetically

Join now! Find details about this free E-course at Lesson 1.

The Plays of William Shakespeare, by Sir John Gilbert, 1849

Figures of speech are tools of poetry. Please do not even think about memorizing this list. The most important concepts are those in bold type.

Figures of speech are linguistic tools that turn plain writing into art. They are words or phrases used in nonliteral, unexpected ways — for any of a hundred reasons, including 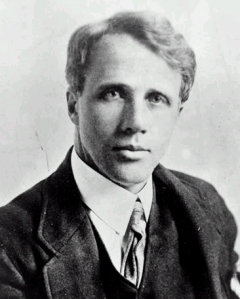 Figures of speech involving the arrangement (balance, order, repetition, or omission) of words or sounds

Parallelism-Repetitive use of a grammatical element (in the example below, repetition of gerund phrases)

Antithesis-Juxtaposition of opposing or contrasting ideas

When they met, Alice was pure uptown; Jake was down on his luck.

Parenthesis — A clarifying word or phrase within a sentence, set off by commas, dashes, or parentheses

My friend, the writer I was so jealous of, would call and say, like some Southern belle, “I just don’t know why God is giving me so much money this year.” —Anne Lamott, Bird by Bird (2)

Four of the church’s elders — all women — …were having a prayer meeting. — Anne Lamott, Bird by Bird

Appositive — A parenthetical element that defines or renames (is in apposition to) an adjacent element (In the example below, the “something” that “glittered in her eyes” was “tears or old memories.”)

Something glittered in her eyes — tears or old memories…. — Nora Roberts, Genuine Lies

Ellipsis — Omission of words, usually indicated by … (At the end of a sentence, the period is added, as in the examples below.)

If she knew he was still dealing with Delrickio…. Well, he didn’t have to worry there. — Nora Roberts, Genuine Lies

Was he not unmistakably a little man? A creature of the petty rake-off, pocketed with a petty joke in private and denied with the stainless platitudes in his public utterances.” — C. S. Lewis, The Screwtape Letters

Those images that yet
Fresh images beget,
That dolphin-torn, that gong-tormented sea. — W. B. Yeats, “Sailing to Byzantium” (The poem opens with the words, “That is no country for old men,” from which American author Cormac McCarthy drew the title of his 2005 novel. The film adaptation 2007 film adaptation earned four Academy Awards, including Best Picture.

I am neither Christian nor Jew, neither Zoroastrian nor Muslim,
I am not from east or west, not from land or sea,
not from the shafts of nature nor from the spheres of the firmament,
not of the earth, not of water, not of air, not of fire. — Rumi

Epistrophe — The same word or phrase used to end consecutive clauses. (The following example illustrates both anaphora [“They compassed me about”] and epistrophe.)

* aposiopesis: A break or pause in speech for dramatic effect

Paul grabbed hold of Haffner’s shirt, tearing seams. “If you had anything to do with Eve’s murder — ”
— Nora Roberts, Genuine Lies

0 Star (the fairest one in sight),
We grant your loftiness the right
To some obscurity of cloud —
It will not do to say of night,
Since dark is what brings out your light. — Robert Frost, “Take Something Like a Star”

‘Twas brillig, and the slithy toves
Did gyre and gimble in the wabe;
All mimsy were the borogoves,
And the mome raths outgrabe. — Lewis Carroll, “Jabberwocky”

* consonance: The repetition of consonant sounds, especially the final consonants of accented syllables, often within a short passage of verse 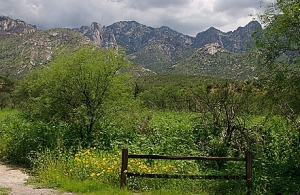 An Arizona Arbor in Summer

This is why I live here,
this immaculate occasion once
a day. Desert turns to fairyland,
early-morning light turns drab
dead gray to glory, wind stirs
sunlit leaves like thirty kinds of
lettuce, green and gold, green
and gold, limb motion whispers;
creosote and squat mesquite
quiver in devotion —
sweet-smelling, sunlight-drenched, still
cool and fresh and equal to the
coming heat. — Mary Campbell, “An Arizona Arbor in Summer”

* enjambment: A breaking of a syntactic unit (a phrase, clause, or sentence) by the end of a line or between two verses.

I wonder — How can people find
the world such a contaminated
kind of place when sunlight
reaches into every pore of
being — sanctifying, desiccating foul
detritus of anxiety and indolence? — Mary Campbell, “An Arizona Arbor in Summer”

* euphony: The opposite of cacophony — pleasant sounding, perhaps mellifluous 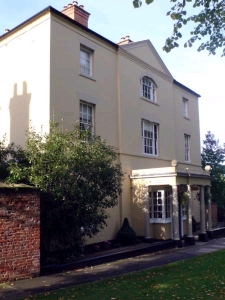 One shade the more, one ray the less,
Had half impair’d the nameless grace
Which waves in every raven tress
Or softly lightens o’er her face,
Where thoughts serenely sweet express
How pure, how dear their dwelling-place. — Lord Byron, “She Walks in Beauty, Like the Night”

* homographs: Words that are identical in spelling but different in origin and meaning

Claire ripped the ruffle off her petticoat and wound it around the delirious soldier’s wound.

* homonyms: Words that are identical with each other in pronunciation and spelling, but differing in origin and meaning.

* homophones: Words that are identical with each other in pronunciation but differing in origin and meaning (led and lead, for example)

* hyperbole: Exaggeration beyond reason (“Yo’ mamma” jokes are hyperbolic: “Yo’ mamma so fat she got her own ZIP code.”)

* isocolon: Juxtaposition of parallel structures of the same length in adjacent clauses: “The bigger they are, the harder they fall.”

* internal rhyme: The presence of rhyming words in a single line of verse

…where
children, hyacinths, and roses, cucumbers, and peppers
grow, and snowy linens hung to dry are blowing in the
breeze. Inside, bread rises in the oven, herbs depend from
oaken beams, and last night’s chicken in its steaming broth
becomes this evening’s stew,
tomorrow’s casserole. — Mary Campbell, “On This Side”

* non sequitur: A statement that marks an abrupt, and often puzzling, change of subject

* onomatopoeia: The quality (of a word) of sounding like what is described: the buzzing of bees, the bark of a dog; a hacking cough; hiss; murmur, thrum

* pun: Use of a word or phrase in two different senses at the same time

* sibilance: Alliteration in which the letter or sound of S is repeated

* spoonerism: Interchanging of (usually initial) letters of words with amusing effect (“Madam, may I sew you to your sheet?”)

* tmesis: Division of the elements of a compound or other multisyllabic word (Example: “Hoo-freaking-ray”)

Ellipsis — Omission of words, usually indicated by … (At the end of a sentence, the period is added, as in the examples below.)

If she knew he was still dealing with Delrickio…. Well, he didn’t have to worry there. —Nora Roberts, Genuine Lies

In linguistics, trope is a rhetorical figure of speech that consists of a play on words — that is, using a word in a way other than what is considered its literal or expected form. The other major category of figures of speech is the scheme (see above), which involves changing the pattern of words in a sentence.

Trope comes from a Greek word meaning “a turn, a change.” We can imagine a trope as a way of turning a word away from its normal meaning, or turning it into something else.

Irony — A word are phrase used in a way that is opposite to its standard meaning, such as describing poverty as “good times”

Mom was (metaphorically) a tiger

Metaphor — Representation of an object or idea — often intangible —using a tangible, dissimilar substitute (“My mother had a cocker spaniel’s eyes and a lion’s heart.”)

Allegory — A sustained metaphor, carried through entire stories, sometimes even long works of literature, such as The Faerie Queen. An extended metaphor in which a story is told to illustrate an important attribute of the subject. Aesop’s Fables are usually short allegories.

* allusion: An indirect reference to a quotation, event, or work of literature. “Toto, I don’t think we’re in Kansas any more” is a common allusion to Judy Garland’s famous line in the (1939) film version of The Wizard of Oz 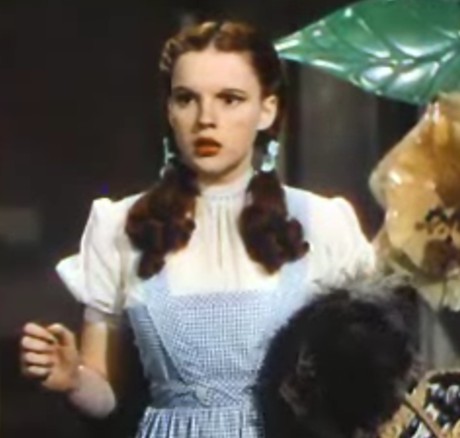 Judy Garland, as Dorothy, in the 1939 film The Wizard of Oz

* anthimeria: The substitution of one part of speech for another, often turning a noun into a verb

* anthropomorphism: A word or phrase that ascribes human characteristics to something that is not human, such as an animal or a god (see zoomorphism)

* aphorism: A tersely phrased statement of a truth or opinion, an adage

* aporia: Deliberating with oneself, often with the use of rhetorical questions

To be, or not to be: that is the question:
Whether ’tis nobler in the mind to suffer
The slings and arrows of outrageous fortune,
Or to take arms against a sea of troubles,
And by opposing end them? William Shakespeare, Hamlet, Act III, Scene 1

* archaism: Use of an obsolete, archaic, word (a word used in olden language)

* catachresis: A mixed metaphor (sometimes used on purpose and sometimes by mistake)

* circumlocution: “Talking around” a topic by substituting or adding words, as in euphemism or periphrasis

* commiseration: Evoking pity in the audience.

* double negative: Redundant repetition of negative words (“I don’t have no money.”)

* dysphemism: Substitution of a harsher, more offensive, or more disagreeable term for another. Opposite of euphemism.

* euphemism: Substitution of a less offensive or more agreeable term for another (e.g., downsizing for layoffs)

* invocation: An apostrophe to a god or muse

* malapropism: Confusing a word with another word that sounds similar (“Put your hand in the hand of the man who spilled the water.”)

* meiosis: Use of understatement, usually to diminish the importance of something

* metonymy: Substitution of a related word or phrase for a larger idea.

Many standard items of vocabulary are metonymic. A red-letter day is important, like the feast days marked in red on church calendars. Red tide, the marine disease that kills fish, takes its name from the color of one-celled, plantlike animals in the water…. On the level of slang, a redneck is a stereotypical member of the white rural working class in the Southern U.S., originally a reference to necks sunburned from working in the fields. — Connie C. Eble, “Metonymy,” The Oxford Companion to the English Language, 1992

* neologism: The use of a word or term that has recently been created, or has been in use for a short time. Opposite of archaism.

* parable: An extended metaphor told as an anecdote to illustrate or teach a moral lesson

* paradox: Use of apparently contradictory ideas to point out some underlying truth

* parallel irony: An ironic juxtaposition of sentences or situations (informal)

* paralipsis: Drawing attention to something while pretending to pass it over

* proverb: A succinct or pithy expression of what is commonly observed and believed to be true

* rhetorical question: A query that doesn’t require an answer

* superlative: Uttermost: the ugliest, the most precious, etc.

* synecdoche: A form of metonymy in which a part stands for the whole (Example: “Keep your nose out of my business.”)

1 From the song “Standing on the Corner,” by Frank Loesser 1956), composed for the Broadway Musical The Most Happy Fella. Recorded by the pop quartet the Four Lads, it reached number 3 on the charts that year.

2 The parenthetical phrase “the writer I was so jealous of” is also an appositive; it is in apposition to “my friend.”

Next: If Only I’d Gone to Parma