All photos in this post show my grandson Pete and fellow Scouts and leaders (including Pete’s dad, Paul). 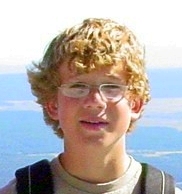 Who would have dreamed, back in the fresh-faced fifties, when moms wore aprons at home and put on hats and gloves to go shopping… when boys named after their dads were called “Skip” or “Bud”… when families went for a drive in the country to escape the city heat on Sunday afternoons, maybe dining on cold chicken and potato salad at a shaded roadside picnic table… who would have guessed, back then, that the compact little self-explanatory phrase “Boy Scout” would someday take on a pejorative tinge? Overheard: “He’s such a Boy Scout!”  Yep, he’s a lost cause, all right. (The feminine equivalent is, “She’s such a Pollyanna!”)

I remember my brother, John, eagerly packing for the National Jamboree at Valley Forge, Pennsylvania. He would have been about 12 at the time. My mom had been a den mother, Dad was the assistant scoutmaster, and they encouraged but never pressured John in his Scouting endeavors. It was not my parents’ way to coerce, so when, in the imprudence that is puberty, John and his friends tossed out their Boys’ Life magazines and started hiding Playboy under their beds—where their nosy little sisters would inevitably find them and go running to Mom—my parents were philosophical, just as they were when my sister quit Girl Scouts and I abandoned the Camp Fire Girls.

It wasn’t until much later—just recently, in fact—that I learned that some of the hippest guys I knew in high school were closet Eagle Scouts. It was the cynical sixties, and anything wholesome was suspect. Being a Boy Scout was the youthful equivalent of belonging to the John Birch Society, I guess. 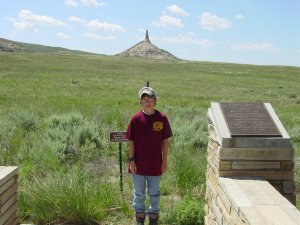 In the intervening decades, Scouting has survived a storm of hostile scrutiny—some of it perhaps justified, most of it just plain ignorant. Scouting has been labeled sexist, racist, homophobic, fascist, or simply irrelevant. I wonder if Richard Louv’s book Last Child in the Woods: Saving Our Children from Nature-Deficit Disorder has provoked second thoughts about the charge, at least, of irrelevance.

My oldest grandson, Pete, became an Eagle Scout at age 16 last year in a moving ceremony attended by fellow Scouts and adult leaders, as well as family and friends, of course. A few years earlier, on a crisp fall day, I had driven him about forty miles to a weekend campout at one of the other kids’ uncle’s farm, a picturesque spot in the Loess Hills that line the Missouri River on the east. When we arrived, there was no one in sight. Then we heard shouts: “Pete! Up here!” Eight or ten boys were exploring a wooded ridge some fifty feet above where we were standing. After a quick “Thanks, Grandma,” Pete was off like a shot, aiming for the steep path that led to the pinnacle.

They’d be pitching their own tents that evening, building their own fire, cooking their own food, nestling into their sleeping bags when the temperature dropped into the twenties. Where, except in Scouting, do kids experience that stuff? What, I wondered, would he be doing that sunny Saturday if he weren’t soaking up the clean country air (lightly laced, it must be said, with the aroma of livestock leavings)? I did my share of camping, girl-style, when I was a kid, but I also watched a lot of Circus Boy reruns and old Shirley Temple movies on Saturdays.

Last week, on June 12, a tornado killed four Boy Scouts at Little Sioux Scout Ranch, also in Iowa’s Loess Hills but a couple of hours north of the farm where Pete had camped a few years back. By all accounts, the eighty-nine Scouts who survived, and their leaders, reacted heroically.

“We knew that we need to place tourniquets on wounds that were bleeding too much. We knew we needed to apply pressure and gauze. We had first-aid kits, we had everything,” he said.

Ethan said one staff member took off his shirt and put it on someone who was bleeding to apply pressure and gauze. Other scouts started digging people out of the rubble, he said.

I don’t know about you, but if I’m ever in the path of a tornado, I’d like to be surrounded by people whose motto is “Be Prepared.” 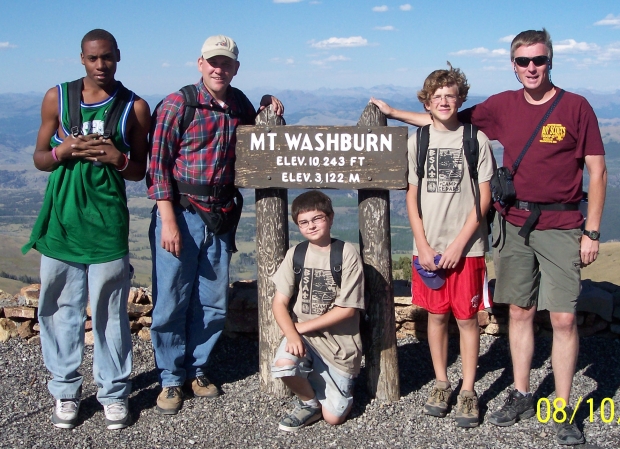