The meditative state of mind is the closest thing to a “magic wand” that I have come across in 25 years of exploring the human potential.  It heals the body.  It is the gateway to our deeper wisdom.  It opens us up to a world of deeper feelings.  It gives us glimpses into the nature of the universe. —Michael Neill’s The Inside-Out Experiment, April 14, 2012 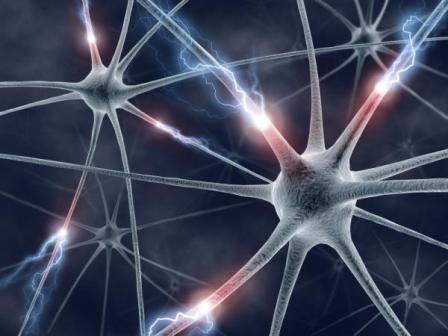 MIGRAINE OR MINDFUL MOMENT? Brain neurons, shown on blog for reikihelp.com, February 2012. Is THIS the meditative mind? Looks like a monster headache to me. What do you think?

Michael Neill is seldom off the mark. That’s our* opinion anyway, for what it’s worth. According to Michael Neill, a person can stand outdoors all night long swapping opinions with the stars in the sky, and little or nothing will be accomplished. Mmm, a chest cold, maybe.

Our opinion, after all, is just a thought. If it happens to be a useful sort of thought — one that doesn’t argue much with reality… one that helps us stay on our bliss-oriented trajectory — we won’t mess with it.

As for Michael Neill… he is astonishing. Because he “[took]… the current when it serve[d]”… because he does what he does, and because he pays attention, some of us lost souls (hundreds? thousands?) find our feet again. Maybe it happens that, when he “takes the current,” we are in the way, thrashing, and he hauls us in.

Whatever the case, we wish to thank him; we scan the beaches to the north and to the south… Where IS that masked man? Bliss-aligned like us, arrayed in bespoke bliss, he might very well be conspicuous in his radiance. These days, to be prominent is to be conspicuous. John Edwards, if you’d asked us, we’d have warned you. Instead, your bandwagon crashed and burned, à la Mel Gibson (2006 meltdown, reports of scurrilous behavior and remarks) and Howard Dean (the “Dean Scream,” 2004 – nothing egregious here except a lapse in judgment)….

Minefield ahead. This document has not been cleared of unsubstantiated appositions and sweeping generalizations

In the U.K., having shot into the workforce at age 12 as an actor, Michael Neill somehow landed in success-coaching – a bull’s-eye, in retrospect,  as his wildly effective coaching practice overtook his merely extraordinary acting career. [JOURNALISTS: “Extraordinary” is always safe when you haven’t a clue. No one is “ordinary.” “Remarkable” is a versatile substitute.] Today, even semantic sticklers allow that Michael is “the foremost life coach in the world.”

On his Supercoach.com website, accolades adorn, blog posts bemuse, and best-sellers impress. We say: By all means buy the books and read the blogs, go to the events and breathe therein the consecrated air. Know, however, that in extremis there is a lazier way to sample Michael’s delicious wit and genuine wisdom, and that’s to listen to his weekly Hay House Radio program, Supercoach, airing Thursdays at noon (PT).

It’s fun and it feels kind of quaint to plan your afternoon around a radio event. We were three or four years old when the Campbell family acquired television. Unlike other American children of the late 1940s and early 1950s, we didn’t clamor for television. Fibber McGee & Molly on the radio was equal to our media lust. At supper’s conclusion, we were the youngest but not the only Campbell kid to glance guiltily around before licking the last ort from our plates and dash to the living room, hoping to catch at least part of the cheesy announcer’s (Harlow Wilcox’s) theatrical intro and Throckmorton P. Gildersleeve’s (Harold Peary’s) initial pomposity. For Fibber, we actually planted our chairs around the mammoth console radio, a major furniture item that contained radio guts plus turntable for our 78RPM records and about six cubic feet of empty air. We even looked at the radio, as if training for the rigors of watching TV. The radio did not play to be ignored back then but rather to command respect as high culture.

We do, however, have an issue that touches him. It proceeds (1) from the spiritual ethos of Hay House Radio,  in which we are steeped, and (2) from our journalism background. These converge in the expectation that anyone engaged in public speaking, reporting, broadcasting, and other interfaces with the citizenry, will communicate impeccably about events, situations, personalities, and other topics on which the reading public could easily be swayed; which is to say, all topics.

* My sister claims to have traced our Campbell ancestry through Arthur — mythic king of Britain (5th-6th century CE) — and Arthur’s father of legend, Uther Pendragon, to  Constantine, Western Roman Emperor (not to be confused with the Byzantine Emperor Constantine), purported grandfather of Arthur. Accordingly, I’m trying to get used to the first-person-plural pronoun usage — that is, the “royal ‘we.'”

Below is an example of Michael Neill’s playing fast and loose with pronouns (“The Problem of Pressure, Part Two,” supercoach.com):

Most of us spend our time multi-tasking, with one eye on Facebook, a second on our inbox and a blind hope that our third eye will be able to take care of business. But when we have a deadline….

Well, need I demonstrate (as I could with very little effort) that “most of us” do nothing of the sort?

…of the hoipolloi’s many regrettable propensities…

…in short, of how far “we” have fallen since Eden… I’m thinking, pretty much every overfed, undisciplined, malodorous, domestic-beer-belching, congested-nose-digging one of us, the sole exception being a humble peasant lad studying Mishnah as he herds sheep over the craggy peaks and precipitous vales of the Italian Alps…

Michael Neill, how could we behave otherwise, having been raised (as you observed on Supercoach earlier this year) “in a toxic culture”?

I had this “toxic culture” remark in mind in the summer when I wrote the following to Hay House Radio (as a side dish in a letter stuffed, baked, and decorated with praise and approval of station, authors, and hosts):

My antennae always go up whenever I hear someone say, “Our society” does such-and-such or, in particular, “Most people” act in such and such a way. Michael Neill, some weeks ago, was using the concept of “ordering off the menu” as a metaphor (I think) for doing something unthinkingly, and he commented that “most people would” [order off the menu]–which I thought unlikely.

Dr. Harra, Dr. Northrup, Dr. Dyer, and others — even Abraham! — have made remarks that I found a bit … cynical (thus out of alignment with much that Hay House stands for). In my experience, there’s not much you could say about “most people” that would be accurate, unless you’ve actually looked into “most people’s” eyes while personally interviewing “most people.”

I’m concerned less about language usage or even about journalistic standards here than about social intelligence…. To be continued