SPORTSMAN'S PARK (THIS clubhouse built in 1909) was at one time home to MLB St. Louis Cardinals and St. Louis Browns (a different St. Louis Browns team than the one that later became the Perfectos, for one year, and then the Cardinals)

Sample a gazillion blogs at http://alphainventions.com

Author’s note: Almost incredibly, since I wrote this piece in 2008, three more perfect games have rocked Major League Baseball, all within a one-year span — a record — and two (May 9 and 29, 2010) in a single month:

The Major League Baseball season consists of about 2,430 games – 30 teams playing 162 games each. The odds that any given game will be a no-hitter are about 2,500 to 1. The odds that you will be there to see it are astronomical, since the only way you can afford to enter the ballpark is to get a job there as a vendor of domestic beer. You refuse to stoop so low, even for baseball. When MLB starts selling Harp or Newcastle Brown in the cheap seats, you will reconsider.

Suffice it to say that no-hitters are uncommon. Major League Baseball has recorded only 234* of them, of which 7 (3 percent) were thrown by a single pitcher, the great right-hander Nolan Ryan, who achieved his final no-hitter at age 44. Most of us, at 44, have lost whatever ability we might once have had to hit a wastebasket with a wad of paper, which is just as well. We should be recycling.

A so-called perfect game is a rare species of no-hitter. Perhaps you are unaware that more people have orbited the moon than have pitched a perfect game. This statistic does not resonate with me, since I have long since lost track of the number of moon-orbiters†, so I’ll just state the number of Major League pitchers who have thrown perfect games, which is identical with the number of perfect games pitched, because no MLB pitcher has thrown more than one perfect game:

What  is a perfect game?

Cy Young, Sandy Koufax**, Don Larsen, Catfish Hunter, and Randy Johnson are among the 17 pitchers who have thrown a perfect game, which means not only that they allowed no hits but also that no opposing batter reached first base on a walk, on being struck by a pitch, on an error, or on the sly — cannily sauntering down the baseline after striking out, hoping no one, including the first-baseman, will notice him. If that should happen, he will pretend to be disoriented and ask for directions to the parking lot.

(Did you know that for one year [1899], after “the Browns” and before “the Cardinals,” the St. Louis professional baseball team was called “the Perfectos”?)*** 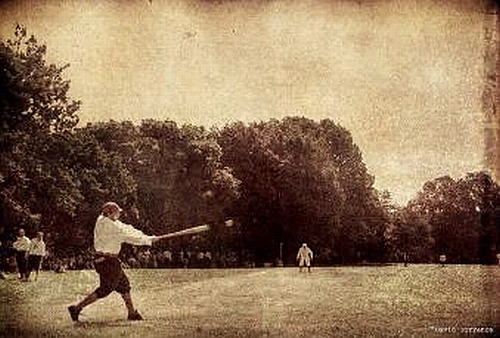 To qualify as “perfect,” a game has to last at least nine innings. I assume, though I’m not certain, that an eight-and-a-half-inning game qualifies when the winning team is playing at home.

If this is the case, I submit that a truly perfect game, from a mathematical standpoint, would consist of (a) 51 pitches, (b) a score of 24 to 0, and (c) an extraordinary set of assumptions:

The simplest “necessary corrective strategy,” as you will have discerned, would be for one batter on the losing team to simply refrain from swinging at the first pitch. Total pitches: 28.

A more interesting but riskier alternative would be for the losing pitcher to aim directly at the batter, or at the manager or the hot-dog stand, anywhere but at the plate. Remember, though, that we are hypothesizing a visiting team that is for all intents and purposes comatose, and that in any case the likelihood of such a game ever occurring is approximately equal to that of the perfect-game pitcher orbiting the moon on a skateboard.

Addie Joss, 1911, American Tobacco Co. Baseball Card. The multitalented Joss was also a popular sports columnist. He died of tubercular meningitis the year this card came out, 1911, two days after his 31st birthday

Slightly more realistic would be a “perfect” game in which the winning pitcher strikes out all nine batters on three pitches per batter for a team total of 81 (or 72) pitches. Pitchers have won on fewer throws, but the symmetry is lost.

In 1908, Adrian (Addie) Joss threw a perfect game for the Cleveland Naps against the Chicago White Sox with only 74 pitches – averaging 2.7 pitches per batter. Joss’s MLB record for the fewest pitches in a perfect game has stood for a hundred years.

(The Naps, who became the Indians in 1915, took their nickname from star second-baseman Napoleon “Nap” Lajoie, a phenomenal hitter who batted .426 for the Philadelphia Athletics in 1901. Lajoie was the first-ever MLB player to be intentionally walked with the bases loaded.)

In physical reality, a perfect game depends on extraordinary pitching plus superior fielding. Yankee Don Larsen’s perfect game against the Brooklyn Dodgers, Game 5 of the legendary 1956 World Series, remains the only perfect game – the only no-hitter, in fact – in MLB postseason history. The Dodgers’ Gil Hodges almost spoiled Larsen’s triumph when he drove the ball into deep left-center field. Right-fielder Mickey Mantle sprinted to the rescue, making an outstretched, over-the-shoulder, backhanded catch, which, though I didn’t see it because I was listening to the game on a Philco radio, is surely anatomically impossible unless you are Gumby. Old-timers still speak of the legendary feat, dubbed “the Catch,” in reverent whispers.

ANOTHER CONTENDER FOR 'THE CATCH'--At the Polo Grounds, New York Giants' outfielder Willie Mays makes a spectacular catch off the bat of the Cleveland Indians' Vic Wertz in Game 1 of the 1954 World Series 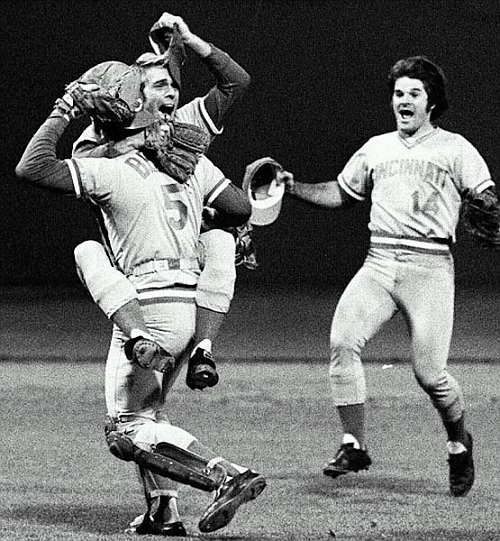 If, according to the logic of baseball, a game can be better than perfect, my vote goes to the 1991 Twins-Braves Series, Game 6. In one of those sports moments that is a permanent Polaroid in the mind of the beholder, Minnesota second-baseman Kirby Puckett foiled what should have been a two-run homer off Ron Gant’s bat by half-leaping, half-scrambling up the 13-foot center-field fence to make the catch. It was beyond perfect. It was incredible. It should have required a pogo stick and Velcro.

Puckett’s maneuver was all the more remarkable when you consider that the guy stood five-foot-eight and the fence was Plexiglas. Estimates of the ball’s elevation when Puckett caught it range from 12 feet to 27 kilometers. The affable Puckett wasn’t finished. He had four hits, including the 11th-inning game-clinching homer, and three RBIs to his credit that night.

It was a great game. It was not a perfect game. But then, Puckett was not a perfect man, though in 1991 it was tempting to believe that he might become one. I’d like to blame sports commentator Frank Deford for skewering Puckett’s nice-guy reputation in the iconoclastic 2003 Sports Illustrated story “The Rise and Fall of Kirby Puckett,” but Puckett, like Mantle before him, may have skewered himself. 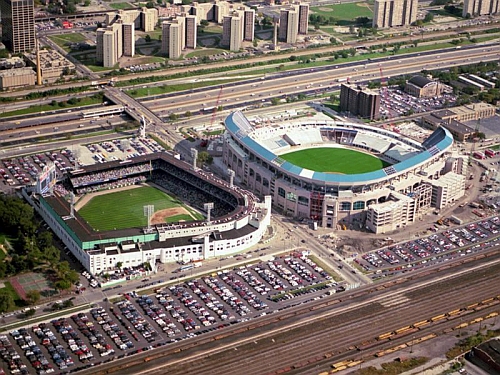 Here’s one for the Ruby Legs

If you have a chance, some weekend when you are not orbiting the moon, visit the campus of Becker College in Worcester, Massachusetts, and look for a marker inscribed as follows:

On June 12, 1880, the first perfect game in professional baseball history was pitched on this site (the former Worcester Agricultural Fairgrounds) by J. Lee Richmond of Worcester against the [short-lived] Cleveland Blues [1879-1884] in a National League game

Richmond was a left-handed pitcher for the Worcester Worcesters, or the Worcester Ruby Legs, or the Worcester Brown Stockings. Team names were rather more fluid back then than they are today. Only about seven hundred fans were on hand for Richmond’s perfect conquest of the Blues (not to be confused with the American Association Cleveland Blues→ Spiders→ Naps→ Indians). 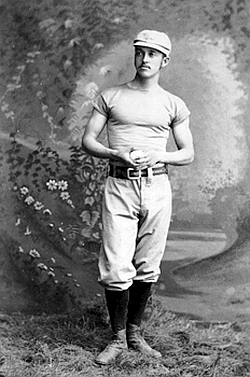 Richmond’s feat was unrivaled for a full five days. On June 17, John Montgomery Ward pitched a perfect game for the Providence Grays against the Buffalo Bisons. (Was the losing pitcher “Bob Sears Roebuck“? Is “Buffalo Bisons” redundant? Is “Los Angeles Angels“? Would a Mesa, Arizona, team call itself “the Tables”? What about the “LaSalle Rooms”?)

Major League Baseball had to wait 24 years for perfect game number three, thrown by Cy Young‡ for the Boston Americans against the Athletics. Young was on the Boston roster for that 1904 classic due in part to a perfectly awful back-office blunder.

He had played for the Spiders from 1890 to 1898, when the Spiders’ owners bought the St. Louis Browns (changing the team’s name to the Perfectos for a year before it became the Cardinals) and transferred Young and most of their other stars to St. Louis. With its talent shipped west, the 1899 Spiders won only 20 games, losing 134. The fans stayed away in droves, so the other National League teams simply refused to travel to Cleveland for games. Thus the Spiders finished out the season on the road, where they lost 35 out of 36 games – just one short of a perfect record.

‡ Cy Young was a Major League pitcher from 1890 to 1911. “Young retired with 511 career wins [his record still holds], 94 wins ahead of Walter Johnson, who is second on the list of most wins in Major League history.” —Wikipedia

** Arthritis forced Koufax to retire at only 30, and he was still the first Major Leaguer to pitch four no-hitters, including the rare perfect game

*** Today’s St. Lous Perfectos are “a vintage base ball club playing
under the name of the original 1899 St. Louis Perfectos and playing the game by the rules of 1860.  All home games are played at the beautiful Lafayette Square Park in St. Louis, Missouri.”  Begun in 1836, Lafayette Park is the city’s oldest public park.